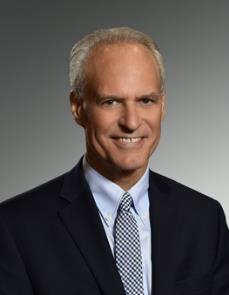 Mr. Henry Sokolski is executive director of the Nonproliferation Policy Education Center and teaches graduate classes on nuclear policy at the University of Utah and the Institute of World Politics. He was recently appointed Senior Fellow for Nuclear Security Studies at the University of California at San Diego. Previously, he worked in the Pentagon as Deputy for Nonproliferation Policy, as a consultant to the National Intelligence Council, as a member of the Central Intelligence Agency’s Senior Advisory Group, as a Senate military legislative aide to a member of the Senate Armed Services Committee, and as a special assistant on nuclear energy to the chairman of Senate’s Tennessee Valley Authority oversight committee. He served on two congressional commissions on the prevention of WMD proliferation and has authored and edited numerous volumes on strategic weapons proliferation issues, including Best of Intentions: America’s Campaign against Strategic Weapons Proliferation. Mr. Sokolski earned his graduate degree in political science from the University of Chicago. 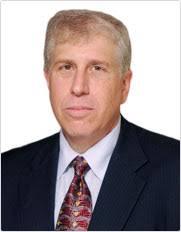 Author of Wargaming for Leaders

Mark Herman is a prolific wargame designer known as the designer of the first Campaign / Battle Card Driven wargame, We the People. He was also the CEO of Victory Games (I). He started working for SPI on September 1, 1976. Herman was a senior partner for Booz Allen Hamilton and was a leader in the fields of wargaming, modeling, simulation, strategic planning, and analysis work. His 1983 design Gulf Strike, which covered the Iran-Iraq War and a US-led defense of Saudi Arabia, was used in the initial US analytic efforts at the beginning of the Gulf War in August 1990. Herman, along with Booz Allen Principals Mark Frost and Robert Kurz, are co-authors of Wargaming for Leaders: Strategic Decision Making from the Battlefield to the Boardroom (McGraw-Hill, December 2008). He has also co-authored books on military history and a number of strategy articles on robotic and cyber warfare. He has been an adjunct professor teaching military strategy and analytic methods for Georgetown University and has also taught and lectured for the U.S. Naval War College and the University of Maryland. His father was a frogman in the U.S. Navy. Mark Herman holds a bachelor’s degree in history from the State University of New York at Stony Brook and a master’s degree in national security studies from Georgetown University. He also runs the building for the Marshall Chess Club in Greenwich Village in New York City. The Marshall Chess Club founded in 1915 by a group of players led by Frank Marshall is the second oldest chess club in the United States. Bailey Martin is the Program Coordinator at the Nonproliferation Policy Education Center. She earned her Bachelor’s degree from Long Island University, Post, and dual majored in Criminal Justice and Political Science. She recently received her Master’s degree in Homeland Security Management at Long Island University’s Homeland Security and Terrorism Institute. Bailey can be reached at bailey@npolicy.org.